The unique technology of Ecozone for the production of ozone from ambient air is based on a special geometric structure of array. This array is comprised of double dielectric barriers (DDB) with air gaps between them. When ambient air flows through these gaps it is excited through transmission of electromagnetic energy to create “cold” plasma of oxygen in the air. This is achieved by the “double dielectric barrier µ-discharge” method.

Using this method, the nitrogen molecules are not excited and are not broken into nitrogen ions. Accordingly, there is no recombination of nitrogen ions with oxygen ions and/or molecules. Thus, the formation of NOx molecules – which are harmful to people – is prevented.

In addition, more than 80% of the energy is saved since it is not wasted on the decomposition of nitrogen molecules.

Ozone gas as an efficient disinfectant

Ozone gas is a powerful and highly effective oxidizer. It is used to remove bad odors and to purify the air, as well as to disinfect biological contaminants such as bacteria and viruses. Ecozone Technologies ozone generators produce high concentrations of ozone, resulting in the effective eradication of bacteria and viruses. During the treatment, people, pets and plants should not be present in the room, to avoid exposure to the ozone gas.

When used in ventilation such as commercial kitchens and exhaust from general industry the exhaust will be clean and odor free, in addition will the ducting be kept free of build ups like fat and other deposits. 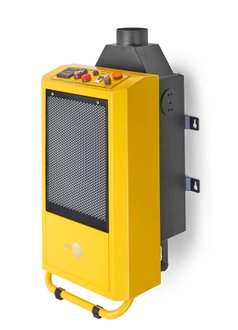 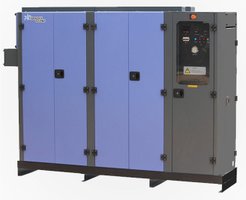 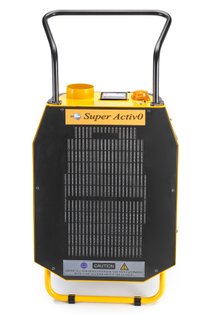 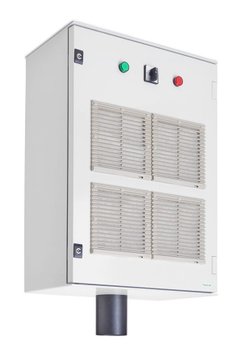